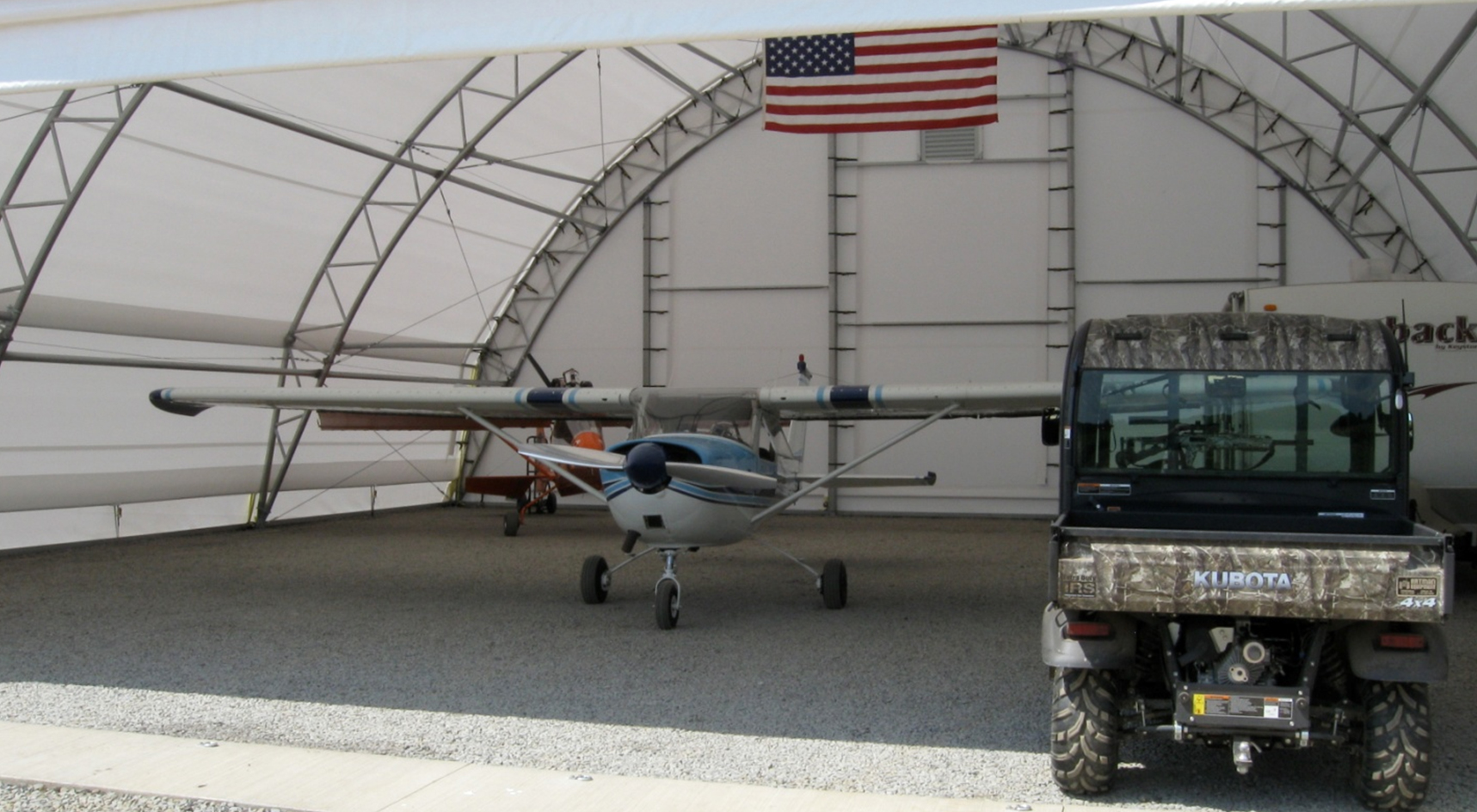 In 1990, John Tevelonis returned from working in Germany for eleven years and was having trouble finding a hanger for his Pterodactyl Ultralight. He took this conundrum into his own hands by purchasing 66 acres of land in Western Pennsylvania on which he built a 1,700′ runway and a 60′ wide by 56′ long steel hanger. The airstrip is now primarily used for recreational flying and is operated by Tevelonis.

Early in 2016 Tevelonis started considering replacing the steel hanger he originally built in 1992. Tevelonis said, “We were tired of replacing and repairing the travel trailer cover on the old steel hanger, so I began to look into versatile structures that we could rely on for years to come.” Tevelonis originally saw the ClearSpan HD Freestanding Building in a FarmTek catalog and began to research fabric structures. Tevelonis said, “I had a friend with the Pennsylvania DOT who told me the department had tried multiple companies and structures for salt and equipment storage, with ClearSpan being the clear number one option.” That endorsement sold Tevelonis on ClearSpan, and he went on to purchase a 56′ wide by 60′ long ClearSpan HD Freestanding Building.

Tevelonis has now had the building for three months, and he couldn’t be more pleased. He said, “The ClearSpan building has worked out fantastic. The structure is so incredibly strong and massive and was a pleasure to construct.” Tevelonis continued, “The materials are all first class quality. We were actually given extra material due to possible alternate configurations.” Another facet of the building Tevelonis loves is the translucence of the fabric cover.He reported the building lights up even with dim outdoor light, and it looks fantastic when lit up at night.

Customer Service was a big selling point for Tevelonis. He was impressed with the attentiveness and punctuality of all the ClearSpan staff. He said, “The service was fantastic, ClearSpan Truss Specialist Keith Marzi couldn’t have been more professional and cheerful when dealing with all my requests for changes.” Tevelonis has one piece of advice for people thinking about making a similar purchase. He said, “Don’t waste your money on an inferior building. We could not be more pleased with our ClearSpan building, and our friends and family call the structure a ‘work of art’. ”